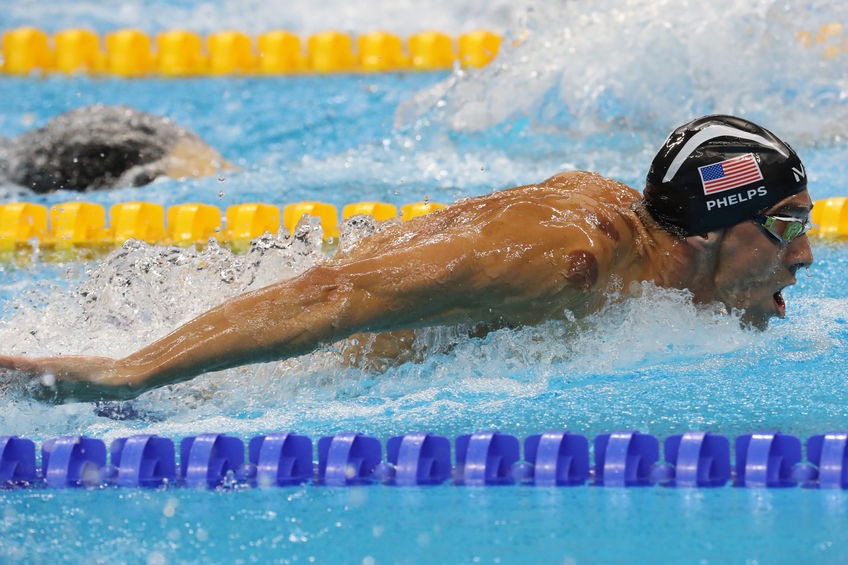 Back in 2008, during the Summer Olympics in Beijing, Michael Phelps was on fire! He had won 8 gold medals and was still swimming strong. Then, during the 200 meter Butterfly competition he had what you might call a ‘wardrobe malfunction’.

As he dove in to begin the race, his goggles slowly began filling with water. “I dove in and they filled up with water, and it got worse and worse during the race,” Phelps told reporters after event. “From the 150-meter wall to the finish, I couldn’t see the wall. I was just hoping I was winning.”

How would YOU do if you were essentially ‘blind’ for three quarters of one of the most important performances of your career? As it turned out, Phelps did just fine – actually MORE than fine – he went on to not only WIN the race but broke the world’s record!

Those of us who watched the race hadn’t even NOTICED that anything was wrong! He had continued swimming hard and fast just like he always did. Reporters were astonished. How had he done it?

It seems that before every race, Michael Phelps closes his eyes and ENVISIONS the entire race – every stroke, from the dive in to touching the wall at the finish. He counts the strokes, envisioning them as perfect and sees, in his mind’s eye, a mental version of a ‘perfect race’.

So when he needed to perform without being able to actually SEE the wall, he KNEW how many strokes he had to make!

How can this help YOU perform at YOUR very best?

Make sure that YOU can envision the ‘perfect’ call – how will it go? What will YOU say? What will THEY say? How many ‘strokes’ or ‘volleys’ will it take to make it through the call?

Prepare by MEMORIZING your script – internalize it so you are comfortable enough to deliver it, with feeling, even with your eyes closed!

While a wardrobe malfunction really shouldn’t slow you down on a phone call, do ensure that your tech is up to speed. Check your phone, make sure you have your notes up on your computer and that you have your script memorized – yes, I know I mentioned that already but it is important enough to repeat!

And here are a few past posts that can also help you prepare yourself to succeed, no matter WHAT surprises you may face!

If YOU need help with crafting an effective script, learning new skills and/or with feedback and suggestions for improving your delivery, give me a call at 908.879.2911 – we can help get YOU to YOUR ‘perfect race’!