The Sales Franchise had an associate who, after ten months, still had no business connections in the community. She had been out networking but was struggling to set appointments.

Rather than ask us to set appointments for them (which IS a service we provide, click here to learn more about that) they opted to have us train and monitor her.

Using our Call Center in a Box Services, we:

We started in December, a month notorious for its’ difficulties in setting appointments due to the holidays. Despite this, she set TEN appointments which was more than she had set in the past ten months she had been working with them!

To date in 2019 (Q1), she has set TWENTY FIVE QUALIFIED first time appointments which has exceeded even the owner’s expectation!

Here was someone who clearly had some sales talent but needed training and structure to take her to the next level. The Call Center in a Box Program provided her with the instruction, support and the sounding board she needed to succeed!

One of the number one reasons that people leave sales is a lack of training and/or feeling unprepared. Sales is a “NO” job – you hear ‘NO’ and deal with rejection over and over on a daily basis. Call Center in a Box provides not only training but also the support and encouragement your salespeople need to deliver results and THRIVE!

Are YOU having a hard time monitoring or managing YOUR sales team? Know they need training but just don’t have the time, energy or patience to train them yourself? Are your producers delivering poor quality leads that just won’t close?

Cold Calling is Scarier Than Halloween!

Cold calling can be scary. Sales people making the call are afraid of rejection. Call recipients are fearful of picking up the phone, afraid of having their time wasted. Scariest of all is the bottom line, when dozens of man hours and thousands of dollars produce no, or poor quality, leads.

If this fright fest is familiar, you need to try our winning approach to cold calling which drives qualified leads and bottom line results!

At One of a Kind Sales, I’ve carefully trained my team to deliver exceptional sales results, using our proprietary process. If your company is struggling with your sales process, here are some of our winning strategies that you can incorporate to BOO’st your frightful cold calling results:

Define your sales process. I have found that the more structure you can put into your qualified lead generation process, the easier it will be to educate and train your team. An efficient and clearly defined sales process increases production and gets new sales reps up and running quickly.

Be results oriented. In order to deliver results, a team must know what is expected of them and when. Establish high but achievable goals. Make sure everything in your process is working toward achieving those goals.

Train and train again. Don’t rest on your laurels. Strive to constantly make your team better. Even after years of success, One of A Kind Sales continues to train on consultative selling skills and how to draw out information from prospects. We have found that giving your team opportunities to share

Coach constantly. Make no mistake, I have found that coaching drives production better and faster than any other single practice. The highly effective sales managers I work with place a high priority on coaching to build confidence and optimize results. I suggest you take advantage of every opportunity to provide feedback that will make sales reps perform better.

Provide the right technology and tools. Don’t let your team wing it. I encourage you to provide your inside sales team with scripts that can be personalized and used to progress the conversation. The right CRM will ensure higher productivity.

When your sales people are properly trained on our proprietary call process, they are more engaged and effective. Business people who receive calls from these well trained sales people are more receptive and interested in learning more about your products and services. Your investment pays off in warm leads that convert to sales.

Give us a call and take the fear out of YOUR cold calling process. Click here to contact us and to learn more about our winning approach to Cold Calling!

Cold calling is an opportunity to probe, build rapport and set the foundation for a long-term relationship. This involves improvising, asking probing questions and reacting to what the prospect is saying. That said, you still need to start with a script. While you don’t want to read it, you do want to use your script to prepare for the call.

A well written script will:

When cold calling, you absolutely want to be sure that you have a natural sounding conversation with your prospects. The only way to do this is by internalizing the script. Internalizing means incorporating within oneself as conscious or subconscious, the steps, questions and cues that you need to cover. This can be accomplished by knowing the script inside and out and making it part of you. The way to do this is by practicing.

What you don’t want to do is read a list of questions. Approaching the call in this way lacks the impression of genuine interest in what the prospect has to say, and your prospect will quickly lose interest in continuing the process. Reading the script will result in hang-ups, getting less information than you need, or the prospect will blow you off, either in a nice way or not.

Customize your scripts to address your particular circumstances and goals, and to address the information known about the prospect. This process of customizing and internalizing scripts is proven to be an effective approach in fulfilling your ultimate goal: setting sales appointments.

Cold Calling Is More Than A Handshake 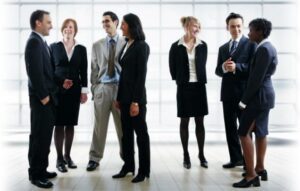 In networking, a handshake is used to introduce yourself. It conveys a willingness to engage with someone that we don’t know or don’t know well. In the course of networking, we’ve all shaken a countless number of hands. Sometimes it leads to business relationships, but more often than not, it doesn’t.

Cold calling is like a handshake in that it is a way to introduce yourself to a potential business partner. Like networking, cold calling is the beginning of the sales process. However, the difference is that cold calling is more effective at turning introductions into business.

Unlike networking, cold calling, when done correctly, is directed to very specific prospects, with a very targeted message. Cold calling is comprised of a series of specific deliberate questions that engages a conversation about the prospect’s pain. Well-developed cold calling uncovers issues and challenges that can be used to formulate a more productive sales call.

Cold calling is a no-pressure conversation. It nurtures the relationship, which a lot of hand shaking can’t do. It is a means of digging deeper so you can learn more about the prospect and they learn more about you. The cold calling process is more productive in bringing in the highly qualified leads that you need.

For most people cold calling is the most avoided part of the sales process. Most would rather have root canal than undertake cold calling, but a well executed cold calling process is more productive than hours of networking and shaking hands.